Horizons Regional Council and Palmerston North City Council are aiming to begin work in the Manawatū River this week in a bid to limit further erosion to the right bank of Ashhurst Domain.

Horizons group manager river management Ramon Strong says work on this temporary solution will depend on weather and river conditions and will involve re-routing the river channel to the left bank.

“Depending on what level the river is running at we’ll look this week to put earthmoving equipment on site to begin pushing the active channel to the left side of the river bed, diverting it away from the eroding right bank. Due to the river flows over winter this might require a few attempts to be successful. We’re also looking at other temporary works to minimise the further loss of Domain land,” he says.

The work will be funded by Horizons and the Palmerston North City Council.

“This winter work could cost as much as $100,000, of which Horizons will contribute $30,000 from the $80,000 Environment Grant Work funding we committed to this work in September last year,” says Mr Strong.

“Our Council is seeking a multi-party agreement with Horizons and the New Zealand Transport Agency for both the initial work and a more permanent solution to the erosion issue,” says Mr. Swadel.

Damage to the Domain has occurred over the past couple of years and high river flows, particularly those associated with ex-tropical cyclone Debbie in early April have caused further, significant erosion.

The Councils estimate that a long-term robust solution, such as rock work on the left bank, is now likely to exceed $1 million. As this part of the Manawatū River is not rated for river management any long-term solution will likely require community consultation. 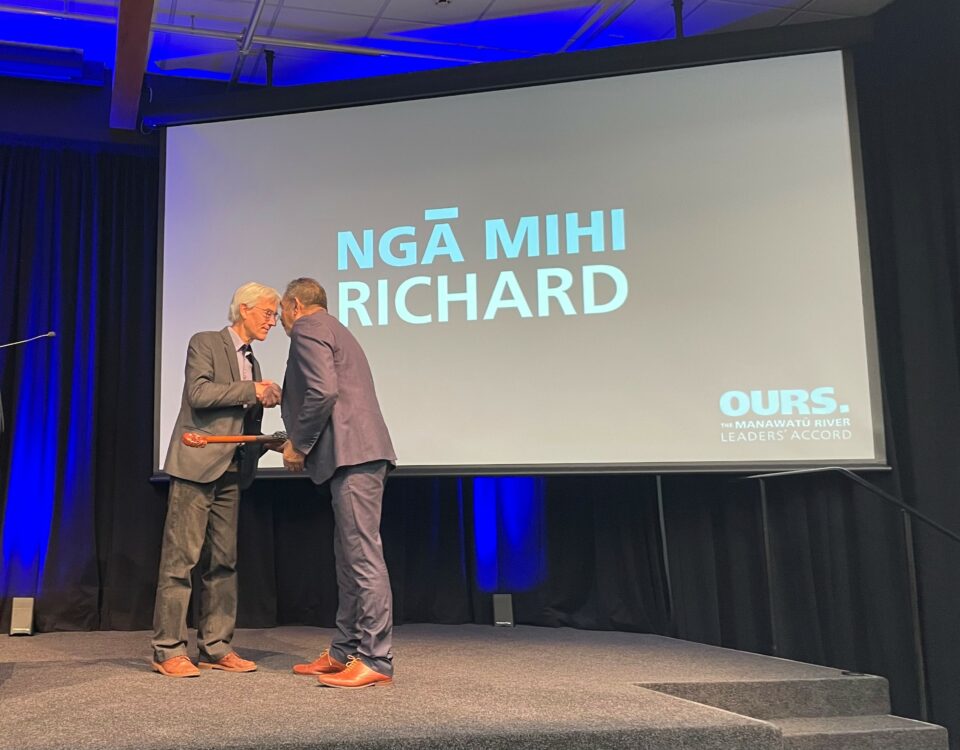