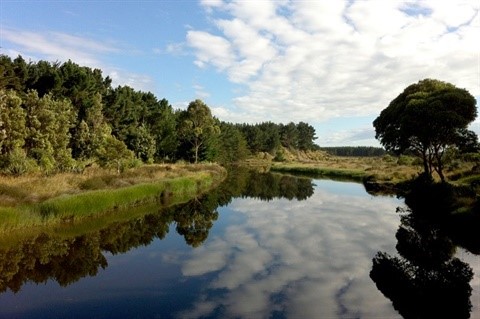 An Environment Court decision will allow Horowhenua District Council to commence building a facility to discharge Foxton’s treated wastewater to land instead of into the Manawatū River. Horowhenua will be one of the only councils in the country, if not the only one, to have all its treated wastewater discharges to land, and not into our waterways.

“This is a historical issue for Foxton and we’re very pleased to see it resolved,” said David Roache, Chair of the Foxton Community Board. “We’re over the moon. It’s a great day for Foxton, for the Manawatū River Loop, the estuary and the Manawatū River. I hope we set a good example for our neighbours.”

Horowhenua District Council has been developing land-based discharge for its wastewater treatment plants – the challenge in Foxton was finding suitable land. A local farm was identified as the best option. However, because the land was being used for farming, there were issues around the levels of nitrogen and other contaminants that could leach from the land if treated wastewater was added. That meant there were challenges in getting consent from Horizons Regional Council under the One Plan, and the issue went to the Environment Court. The Court found that while the discharge-to-land plan might lift contaminant levels in some areas of farmland, the net effect would reduce contaminants getting into the Manawatū River, which was more important. Consequently, the consents were granted for Horowhenua District Council to proceed with Foxton’s wastewater discharge-to-land system. The Court complimented Horowhenua District Council on its “open, comprehensive and well-documented process” for investigating possible sites and said it had gone to “considerable efforts to consult in a genuine, open way.” A three-year consent was granted to allow the discharge of treated wastewater into the Foxton Loop while the discharge-to-land is implemented.

Horowhenua District Council Chief Executive David Clapperton said “Gaining the consent for 31 years is a significant achievement that everyone in our district should be proud of … the Council has been on this journey for over a decade, and it is very close to fulfilling its promise – now our focus is on gaining consent for land discharge for treated wastewater from Tokomaru Treatment Plant.”

It’s great to see these changes being made in the catchment, improvement takes time but transitioning to more sustainable systems now gets us that much closer to a healthier river in the future.

Want to find out more about things being done in the catchment to protect our awa? Check out our activities page to see what’s been going on and how you could get involved.